The Niall Durnin Memorial Lecture takes places with speakers Paul J Carroll SC and Libby  Charlton BL speaking on collegiality at the Bar and friends we have lost. We welcome the Durnin family to this annual event.

The Irish Criminal Bar Association held its annual Criminal law Update and AGM on the 11th of June 2016 in the Sheraton Hotel, Athlone.

Our Chairperson Libby Charlton BL stepped down after two years in the role and Eoin Lawlor BL was elected by the new committee to sit as Chairperson. Libby Charlton lead ICBA over the last two years with determination and raised its profile and membership tremendously.

Register at http://goo.gl/forms/TWnS7pEUzP
Fees are as follows:

Speakers to include Michael Bowman SC and members of the Gardai special interviewing unit.

Members are invited to a lecture to be delivered by Ian O’ Donnell, FRHistS, MRIA, Professor of Criminology, University College Dublin Deflecting the Law from its Course: Capital Punishment and Clemency in Ireland, 1923-1990 in the Distillery Building at 6.00 pm on Tuesday 1st December 2015

Welcome:      David Barniville, SC, Chairman of the Council of The Bar of Ireland

Wine reception kindly sponsored by The Bar of Ireland

The Irish Criminal Bar Association and the Irish Penal Reform Trust are hosting a Bail Reform seminar and discussion in the CCJ Jury room on November 11th at 4.30 pm 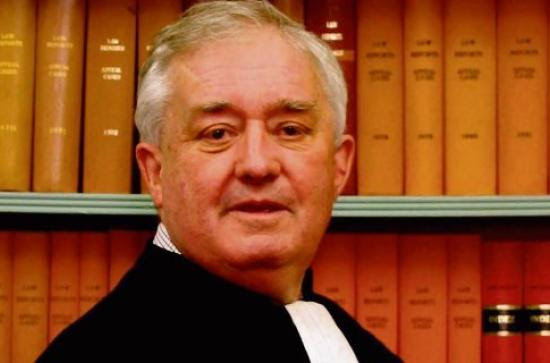 Maynooth University Department of Law would like to invite you to a lecture by Mr Justice Adrian Hardiman, Supreme Court Justice.

The Judge will be discussing recent developments in the law on the admissibility of evidence, including the recent Supreme Court decision in DPP v JC  in which the Court held that evidence obtained unconstitutionally can now be admitted where officers of the State (i.e. An Garda Síochána) claim to have no knowledge of the breach.

The event is free to attend, however, spaces are limited. To secure your place and avoid disappointment, please RSVP to law@nuim.ie by Monday, 2 November.

The ICBA held an extremely interesting event on the use of new material in sentence appeals in the CCJ on Tuesday, 12th May. Mr Blaise O’Carroll SC, Vivien Geiran, the Director of the Probation Service and Mr Philip Larraghy, Director of Release gave presentations on their areas of expertise and members of the Irish Prison Service also gave invaluable insight into the workings of the prison system. Thank you to all those that attended and contributed to the event.

Slides from the event will be available to members in due course.

“Was Orwell an Optimist?

Comparative Criminoloy in the 21st Century

You can check out the full range of courses on offer here .

The ICBA and the School of Law at the University of Limerick will host a Joint Conference entitled ‘Sentencing in Ireland: Stakeholders’ Perspectives’. The Conference takes place on the 29 November 2014 and will be chaired by Ms Justice Aileen Donnelly. The event is certified for 4.5 CPD points. – See more at:

The Irish Criminal Bar Association recently held its annual conference at the Newpark Hotel in Kilkenny. The conference was entitled ‘Procedural and Substantive Developments in the Criminal Trial Process’. It was an extremely successful event with some very interesting and informative presentations given by members of the Bar. The conference was followed by the ICBA AGM where the new chairperson and committee were elected.

The Irish Criminal Bar Association invites all members to attend its annual conference on Saturday the 14th May 2011 in the Four Seasons Hotel in Ballsbridge. CPD accreditation is available for the conference, which will be followed by dinner and drinks.

A launch to mark the publication of Katie Dawson BL’s book will take place on Thursday, 10th February next.This reception will be preceded by an Irish Criminal Bar Association presentation on recent developments in Road Traffic Law, which will commence at 5pm, with a drinks reception to follow at 6pm. Book will be available at a special launch night price of €100.00 rather than the RRP which is €120.00